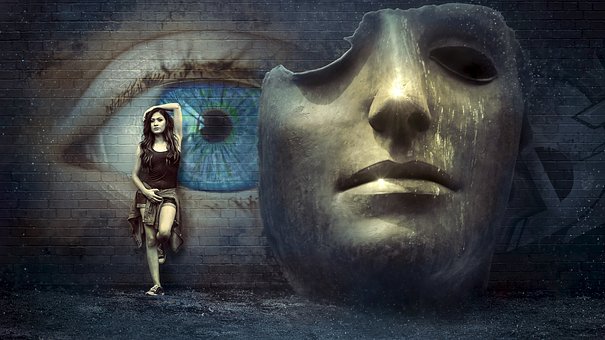 What Do You Do When a Patient or Co-worker Dies?

The first time a client I knew completed suicide, I was thirty-two years old.

For three years I had been working on an inpatient psychiatric unit. I had seen this patient only once, when they admitted. That Friday afternoon I tried to engage them but I was frustrated that they offered no eye contact and curt responses. I didn’t have enough information to put together a decent progress note with meaningful goals. I left two messages for their outpatient therapist and prescriber, hoping I’d get more information on Monday, then I left for the weekend, hoping the patient would open up to nurses and social workers over the weekend.

I found out about the patient’s suicide when I arrived Monday. Co-workers at the nurse’s station looked either numb or tear-stricken, while others retreated to their offices. No one knew the patient well, but this event triggered a deep, ever-present terror that was in the back of everyone’s minds. Every day. Every hour. How often did we write things like “reduce suicidal ideation” and “commit to safety plan”? Preventing suicide was at the center of our work, and yet here it had happened under our watch. The nightmare was now reality.

First I was shocked, then I was heart-broken, then I wrestled with stuffing the feelings and seeming professional. My client was a patient. I barely knew them. But there were and had been many patients like them over the years–depressed people for whom I cared deeply–who absorbed my worries. For years I lived in dread of something like this happening.

My next thought, equally terrifying: I didn’t write my admission note. Shit!  Did I miss something? Is this my fault?

I was in knots.

One of the unit’s psychiatrists, who never failed to mention his degree from an elite east coast school and whom nobody liked, was designated to do a critical incident debriefing. None of the rest of us had ever been to one. He asked people to share what they were feeling, but nobody wanted to talk because: 1.) we didn’t like his bossy and dismissive ways; 2.) we weren’t his patients (who didn’t like him either); 3.) we were clinging to our professional game faces; and 4) a few of us secretly worried that we had done something wrong.

One milieu technician tentatively offered up feelings like “bewildered” and “shocked.” Then the psychiatrist launched into a discourse on self-care and getting a tough skin.

I came away thinking better hydration was the antidote to complex grief. And ever since I have been haunted.

The second time a client I knew committed suicide, I was a program manager and I didn’t know them, but I knew the social workers and probation officers who were part of their milieu because they worked for me. It was the same confused scene: bewildered, shocked-looking employees who were either tearful or isolating. Remembering when I was in the same position, I wanted to comfort my team, but everybody seemed to stiffen when I came into the room. I imagined that they were struggling with the grief and self-blame and confusion and fear of recrimination that I had felt six years ago.

Determined to do better by my team, this time I called in a consultant to do a critical incident debriefing. A team of well-intentioned therapists sat with us in a circle and different folks shared what they knew and when they knew it. Some of the misunderstandings and rumors lifted, and a more complete picture started to emerge.  A fragmented grasp of “what happened?” is a hallmark of collective trauma–like a thousand-piece puzzle coming together. In the end, the consultation was somewhat helpful, but not enough. We were all just talking, still in our heads. But the complex sense of loss and devastation went deeper and caused more defensiveness and self-protection among my colleagues.

Since then, I’ve been looking for an approach to critical incident debriefing that’s more holistic, taking into account everything we know about trauma and the body.

Critical incidents are events or crises, outside the range of usual experience, that have such stressful impact on a group that they overwhelm people’s ability to adapt. Unaddressed, critical incidents can have a harmful impact on individual functioning and devastate team morale and cohesion, as well as fracture communities. One key signature of becoming a trauma-informed organization is the capacity to respond immediately and helpfully after a critical incident, to both employees and to the communities they serve.

And while I’ve been looking, the world has grown more dangerous and instances of workplace trauma are on the rise. As a teacher in a graduate social work program, I have had a front-row seat to stories from interns with clients who die while living on the streets or in domestic violence altercations or in shootings. I have known co-workers who died unexpectedly or were victims of hate crimes. 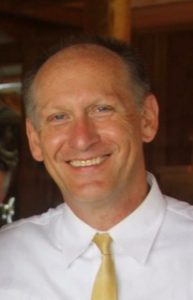 Recently I discovered that an old classmate from social work school, Andrew Laue, developed a framework for critical incident debriefing that he has tested successfully with first responders in Montana. Integrating research from the fields of interpersonal neurobiology and attachment, his workshop, “Debriefing Critical Incidents, Creating Healing Spaces,” describes an innovative model, which he calls Secondary Trauma Activates Resiliency Training (STAR-T). I asked if he’d be willing to bring his workshop to Portland, to help us build capacity locally.

Andrew describes a way of thinking about Critical Incident Debriefing that sees rejoining community at the core of healing. It takes into account where trauma sits in the body and how it plays out relationally, through interconnected nervous systems. The workshop shares practical resilience-boosting skills that facilitators can teach to others in the aftermath of tragedy. The model recognizes that, depending on the nature of the incident, sometimes we need an outside facilitator to do this work and sometimes we need resources organic to the setting. We may provide this service to communities or we may provide it within organizations.

If I learned anything from my experiences in the aftermath of a critical incident, it is that when you work with high-risk populations, no matter how effective your systems, at some point something awful could happen, sending trauma-ripples through the organization and the community. Trauma-informed organizations recognize this reality, acknowledge its damaging impacts on workers and the communities they serve, and respond helpfully.