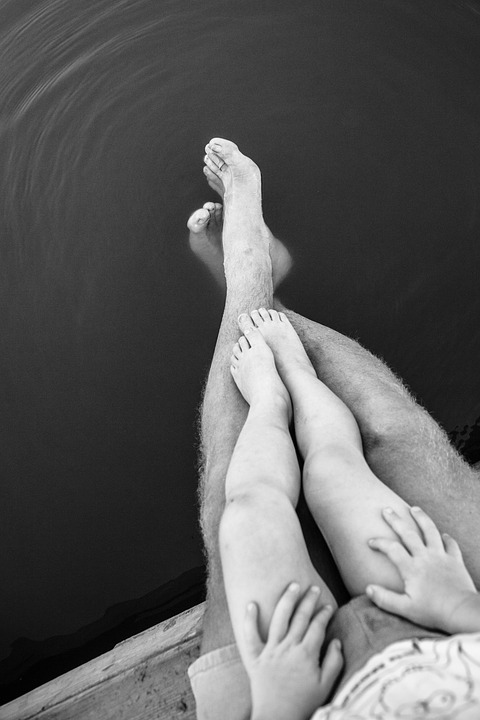 Other than socking away money for college tuition, it’s not always clear to me what we fathers are supposed to be doing.  With babies, the role feels at times peripheral, if not downright irrelevant.  Even the most sensitive, involved dad is unable to compete with the charms of the breast.

At two years old, my son Julian still nursed nonstop day and night.  As he slept between us, he called out, “Nurse! Nurse!”—like an old man in a hospital, screaming for staff—searching for his mother, but hitting me in the jaw.

“Maybe I could go to Seattle for the weekend, to see friends, and you could help him wean cold turkey,” my wife suggested, looking frazzled.

Last summer we laid down the law with Julian: seven more days of nighttime nursing.  To tick off the last few days of babyhood, I created a “count-down chart.”  We marked them off with an insect sticker of his choosing: macho-looking decals to signify his rugged new independence.

D-day:  while his mother hid, trying not to hear his cries for fear of milky let-down, Julian stormed: “I want to nurse right now!”  Left to my own devices, I stared at my red-faced boy and recalled my own struggle with nighttime sleeplessness.

“You want to watch television with daddy?”

He nodded.  We lay down in front of the “Late Show with David Letterman” and he held onto my pinkie.  We developed a nightly ritual, my boy and I, spooning on the couch, watching television.  I would bury my nose in his hair as he dozed and feel surprisingly central, as if I mattered to him in the same way his mother did.  Suddenly I had a role: after-hours comforter; mentor in nighttime independence; protector from bad dreams.

In the midst of this dollhouse domestic drama, it happened: September 11th.  My wife and I went from worrying about children’s sleep habits to terror about raising them in a country under attack.  Profoundly diminished, my wife and I were alternately numb and crying, lost in our world of adult troubles.

That fall of 2001, two-and-a-half year old Julian was working on sleeping through the night in a so-called “big boy bed.”  From our attic bedroom a floor above him, over the baby monitor, we heard him packing his blanket under his arm and restlessly searching out different havens: one night in front of the television, where he and I used to cuddle during his first nights without nursing; another night beside his sister’s bed; another night at the foot of the stairwell leading to our room, where he knew he was—odd to say it—unwelcome.  Such a delicate journey.  He was searching for reminders of comfort and connection.

The events of September 11th underscored my sense that—while I don’t nourish my son directly—in the larger world I am his protector, although not with force or weapons.  Even while I try to grasp the wild potential of those who committed terrorist acts, I know now that a father’s job is to acknowledge and guard his children’s delicate journeys, though they are subtle, even faint, against the timpani-like noise of the larger world.  It is a covenant that transcends patriotic duty.

As I write this it is Father’s Day, nine months after September 11th.  Finally Julian is weaned and sleeping on his own.  In spite of the uncertainty of living on this violent time, my wife and I find—to our surprise—that we are parents to a new baby.  There will be yet another weaning season and a chance to rediscover the father’s enigmatic role.  Recalling words of the cherished American poet, Robert Frost, we name this child Miles.

The woods are lovely, dark, and deep,

But I have promises to keep,

And miles to go before I sleep,

And miles to go before I sleep.