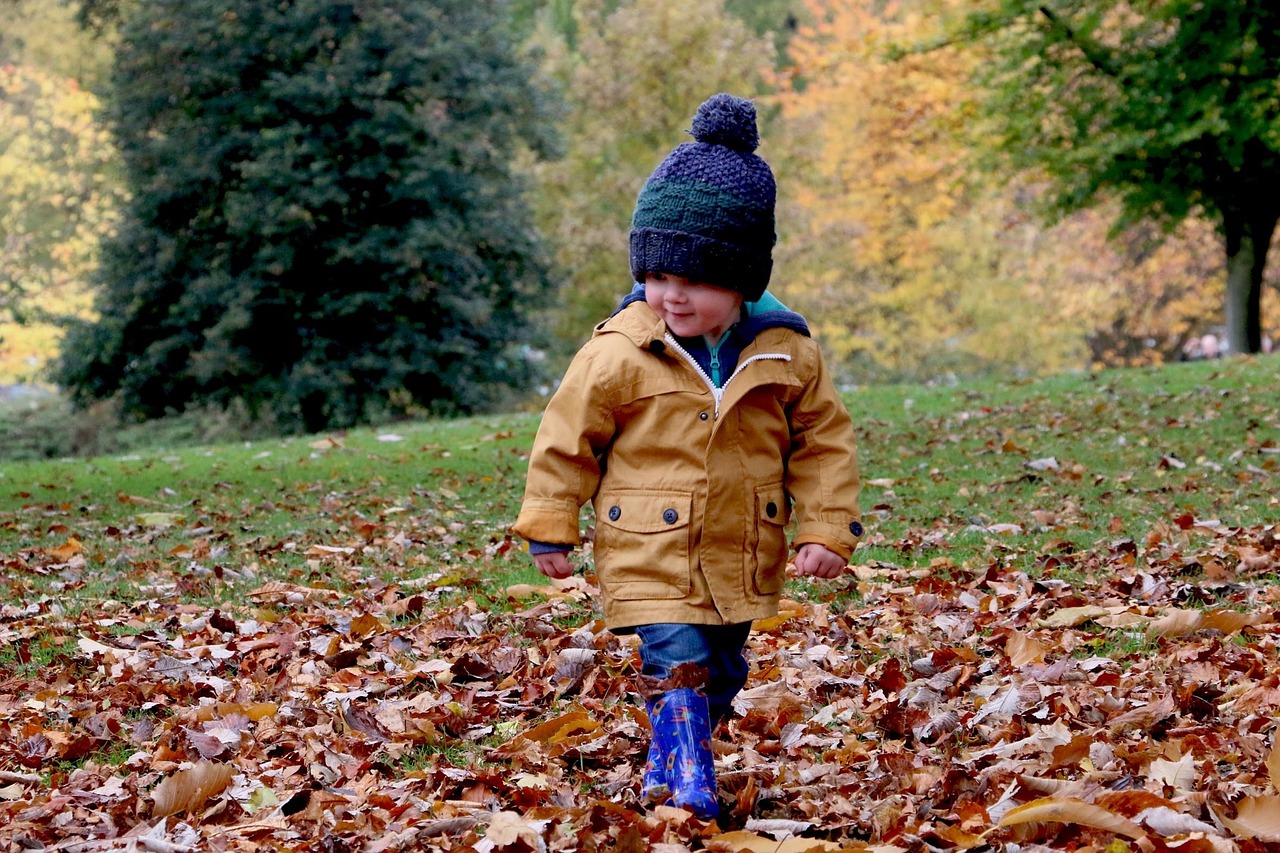 Two of these three short essays appeared in The Oregonian.

My wife and I were watching the news that day.  We didn’t realize my daughter, Miriam, almost four years old, had walked into the room.  “Why are those buildings burning?” she asked, looking at the World Trade Center Towers.  Coming to, we flicked off the television and asked her if she wanted to watch Sesame Street

Since then, we have endeavored to shield our three children, all under five years old, from any news connected to September 11th.  Psychologists warn that very young children aren’t prepared to take in its tragic enormity, a relief to parents who would lack answers to assuage their fears anyway.

Our daughter has a large collection of palm-sized, toy animals: the run-of-the-mill cats and cows and elephants; the more exotic toucans and okapis.  Her favorites are the animals attached to their young, like the kangaroo with her joeys.  One day Miriam asks me, “What will happen to my animals if our house burns down?”

“It isn’t likely that we’ll have a fire,” I tell her.  “The alarms would make a loud beep before any fire got large and Daddy would put it out.  If it was too big for us to put out, we would call the fireman and take you to a safe place.”

A panic comes into her voice. “But who will help my animals?”

“If there was a big fire, the firemen would come and put it out before any toys got hurt.”

Needless to say, this answer was unsatisfactory to our zoo-keeper.  The next morning she moves a hundred animals to the first-floor living room.  She collects five baskets, lines them with blankets, and huddles as many animals as she can fit into each pocket.  As her nightly ritual, she covers them with a blanket “so they can rest and be warm.”

Initially my wife and I are chagrined at this invasion of toys, tripping us when we hurry out the door each day.  We need one area of the house to have some semblance of order.  We ask Miriam to clean up her toys.

“I need to keep my animals by the door,” she insists, “so I can rescue them if the house burns down.  I don’t want them to be trapped.”

I don’t know how Miriam would know anything about September 11th, other than that flashed image on the day itself.  But day after day more than a year later she worries about the idea of a burning building and lives senselessly lost.  Day after day she is vigilant to the need for preparation and rescue.

Knowing how I hate clutter, each evening before she goes to bed, Miriam warns me, “Daddy, please don’t move my animals unless you ask me, OK?”

Is this a normal stage that any child goes through?  We study how the smoke alarms work and stage mock fire drills.  She sees how easily it would be to get out of our three-story house, ten blocks from the fire station.  None of my responses, all entirely reasonable and thus inadequate, takes the edge off her anxiety.

In a time of continued terrorism, public grieving, political chest-beating, vows of retaliation, and ironically life going on and on with its weddings and births and relentless forward evolution, I would not be surprised if our children, however young, absorb some of the anxiety and diminishment the adults around them feel so acutely.  Miklos Radnoti, one of Hungary’s great modern poets, who died in a Nazi camp, once wrote: “Sometimes a year looks back and howls,/ Then drops to its knees./ Autumn is too much for me.”

As parents in the wake of September 11th, we wonder how to help our children live in such a violent time.  As our particular family’s memorial, we are honoring our daughter’s healing instinct, however unconscious or related to those tragic events.  I may have no comforting explanations for Miriam.  Like Noah’s Ark, her toy animals lie nestled in baskets by the door, protected and cared for and poised to evacuate, unmoved by the reasonable, order-loving grown-ups around her.

Appeared as “This worry starts early: Getting a child started in school….,” in The Oregonian on January 19, 2003.

Lately, like ghosts, the parents of prospective kindergartners have been roaming the halls of the Portland Public Schools.  They are asking about teacher-student ratios, scrutinizing the corkboard walls for signs of intelligent activity, and—that unique province of parenthood—worrying.  Don’t mind me, kids—I’ll just stay in the back of the classroom and panic silently.

In addition to fretting and visiting highly-rated programs, I’ve been reading about the schools: foreboding words like “budget crisis” and “disaster” keep jumping out of the newspaper.  When you combine the shortest academic year in the nation with the fact that no candidate wants to be our school superintendent, the message to new parents is clear: these schools are teetering dangerously.  And I’ve got a pre-schooler raring to go.

But there is a glimmer of hope.  While everyone has a spot in the run-of-the-mill public schools, there are so-called “magnet schools” specializing in science, arts, or language immersion, with perky five year olds trotting the halls whispering in Spanish.  To the parents who run in my social circle, admittedly educated, middle-class folks, these schools seem to offer, however illusorily, some last-ditch sanctuary.

To add to the sense that magnet schools are enviably above the fray, they play hard-to-get.  A lottery determines who gets admitted.  At the mandatory information session for parents considering a Spanish immersion program, for example, the principal asked how many spoke Spanish.  Three people raised their hands.  The orientation was delivered in Spanish, followed by a brief translation.  At another session, the principal mentioned that applications required two letters of recommendation for our five year old.  Two?!  Can they be written in crayon?  Outlandish as these requirements were, they appealed to me, because in this season of diminishing resources, I crave evidence of challenge and high standards.

Maybe all this worry is for naught.  At every school I visited—and I’ve compulsively toured six—I saw classrooms brimming with creativity, groups of students concentrating on projects, and parent volunteers everywhere.  I saw world-weary and sometimes cynical teachers who acknowledged the uncertain economic climate, but who were charging forward.  In spite of the doom and gloom, I felt a twinge of anticipation, even excitement.  I want to be part of one of these communities of dedicated families who, in spite of everything, want excellence in their children’s education.

A week before the deadline for the out-of-neighborhood placements, my spouse and I carefully rank our top choices, assemble applications and letters of recommendations, and cross our fingers.  Dutifully, I take a half day off work to visit the schools on our wish list to get the required signatures, before making the final journey to my neighborhood school, where the completed application will be deposited.  At this last stop, an office worker sighs and tells me the transfer deadline has just been pushed forward two months.  They need to give planning time to parents who, at this moment, are unaware that their neighborhood schools will be imminently closing.

I think I will start worrying again, after all.

Appeared in slightly altered form in The Oregonian on November 21, 2004.

I’ve come to dread sitting down with my six-year-old daughter and her homework.  Whipping out my English-Spanish dictionary, I try to parse together the teacher’s directions.  My daughter hems, rolling her eyes at my ineptitude—something I didn’t think I’d have to face until Trigonometry—and calls for her mother, who does speak Spanish.

Recent research on language immersion schools underscores the usual bonuses of those programs.  They offer language instruction when the child’s brain has a sponge-like receptiveness.  They increase cognitive flexibility, laying the groundwork for children to become fast learners in other subjects.  They bestow an awareness of other cultures.

But the article didn’t talk about the unintended lessons for parents.  My daughter attends Atkinson Elementary School in the public school system.  Half her classmates are English speakers learning Spanish; the other half, native Spanish speakers.  A child’s learning, I’ve come to recognize, also happens within a context of family support.  When one of the parents doesn’t speak the language of instruction, it sets in motion a series of potential disconnections.

A White Anglo-Saxon Protestant, middle-class and educated, I take for granted—like breathing or walking—that I speak and write English well.  But I live in a region that has seen an unprecedented jump in Spanish-speaking immigrants.  On any given day I encounter Mexican-Americans who fumble through an English sentence or stare at me somewhat uncomprehendingly when I speak.  Because of language barriers, they are subject to dehumanizing prejudices.  Latino children are often mislabeled and misunderstood in dominant-culture school systems. Then I stare at my blond, blue-eyed daughter and worry about privileges she will garner, simply because of how she looks and sounds.   Many things will come too easily to her.  She is vulnerable to a distorted sense of who she is in the world.

But the immersion program at Atkinson offers a chance to level the playing field.  Even though I don’t speak Spanish, recently I did force myself to go on a field trip.  The other two room-parents that day were monolingual in Spanish.  As the teacher gave instructions, my daughter pulled my arm, “Daddy, you’re supposed to watch me and Gustavo and Olivia!” she hissed.  During the trip to the pumpkin patch, I was mostly silent, trying to keep up, confused about what was going on.  I thought about skipping the next trip.

Nothing came easily to me.  For a brief time, I glimpsed what it might be like for Latino parents.  I knew what it was like to worry that I would be perceived as uninvolved and unintelligent; to be talked down to by my child; to feel aloof when I had much to offer.

Later that day, as I was tryingto entertain my two-year-old son with Legos on the classroom floor, I noticed one of the Spanish-speaking room parents struggling with a screaming toddler.  A temper tantrum is a temper tantrum is a temper tantrum.  I waved a rocket ship at him and enticed him to the carpet where my son was playing.  The mother smiled, grateful, as I have been in the past, for another parent’s fresh energy.  The poet Adrienne Rich once wrote longingly of “the dream of a common language.”  If I hadn’t been compelled to live for a day in a foreign language, I would never have noticed other languages—neither English nor Spanish—that bond people together, lessen our solitude, unwittingly expand our hearts.